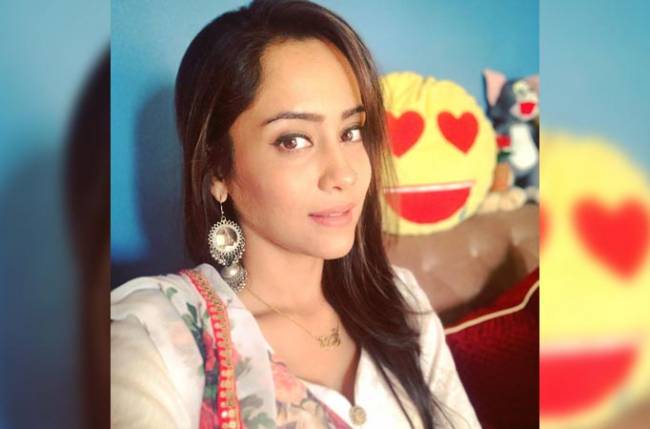 Aasiya Kazi who is currently seen in Tenali Rama has had the most hectic two day shoot thanks to her co-star. Aasiya shares, “Well, last two days we have shot with a cock who Sharda believes it’s her son.

It was difficult to shoot as you can’t explain a shot/scene to an animal/bird, or where to enter or exit from or give certain expressions. For instance, in one sequence I was shooting with him on my lap and the cock was supposed to fly off but this cant be explained to him. Hence, there are these barriers wherein you have to wait for the perfect time to get that shot.

We take 2-2.5 hours to finish one scene, here it took us around 4 hours.” Speaking about her overall experience Aasiya shares, “The experience was amazing and fun because I love animals and birds. Thus, I had a great time shooting that sequence, and it was also very well written. I was nervous initially and had spoken to the director about it, because I always fear I might hurt them by mistake.

I asked the director if we can avoid touching the bird but he reassured me and luckily the cock we were shooting with was well behaved and was very quiet. The only issue was that he would come on my lap and just sleep, while the sequence needed the cock to be awake.

There were many retakes as the exact scene we needed wasn’t being executed and to our bad luck there was some technical issue with the camera and half scene we shot got erased. So we had to reshoot that whole chunk again but I was anyway having fun doing it so it was not much of an issue for me..!”