Another B-Town couple to make their debut on Koffee With Karan! 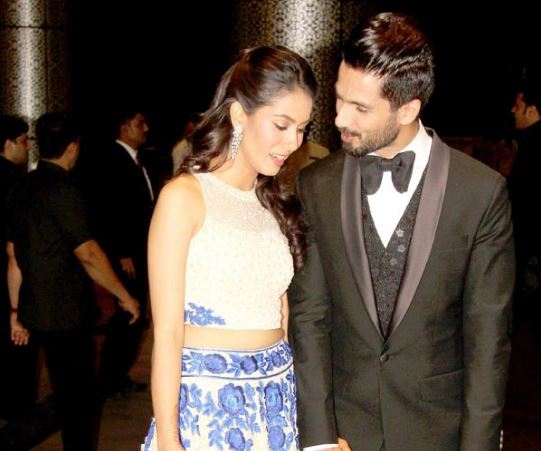 While the actor has faced the brunt of the couch earlier, this would be the first time he will be making a public appearance with his wife. Got a Hint?

Karan Johar’s talk show Koffee With Karan always makes it to the news, be it for its stunning and totally unexpected guest list or for what the candid revelations that the guests make on the show.

The last week’s episode saw one such never seen before guests – Akshay Kumar and Twinkle Khanna. This was Twinkle’s first ever TV appearance and she completely nailed it with her unabashed candour.

Just like Akshay and Twinkle, Karan has managed to rope in another such couple whom you must have never seen before together in any media interactions apart from their star studded Mumbai Reception.

Got a hint? Here’s another one. One of the partners from this jodi, has NEVER EVER even spoken to the media.

We are talking about the latest B-Town parents Shahid Kapoor and Mira Rajput, who recently became proud parents of baby Misha. Karan has managed to talk the couple for a Koffee on his rather hot and controversial Couch.

It is also being said that Shahid and Mira too were keen on collaborating with Karan for the show. Looks like both parties have gotten what they wanted.

And as for the audience, aren’t they already curious about what the fiercely private Mira has to say about married life with Shahid Kapoor and his parenting skills?