Bigg Boss 12 synopsis: Day 81 : Rohit and Surbhi battle it out for Captaincy with ‘Sangeet Ki Mehfil’ 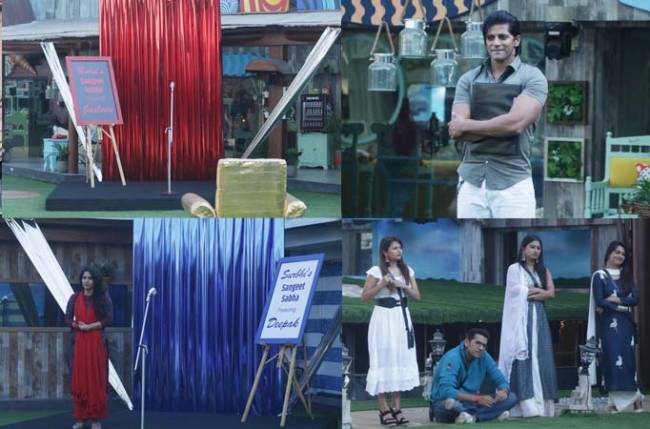 MUMBAI: After a lot of planning and plotting amongst themselves, Rohit and Surbhi have finally managed to become the contenders for the captaincy task. Both of them are all set to put their best foot forward to win the task as this week the captain will be given a special privilege i.e a direct entry in the semi finale week. Hence the competition has become tougher and more intense.

Making the battle between the two more interesting, Bigg Boss announced the captaincy task where the contenders were given two stages and two singers who had to woo the audience for them. Jasleen was the singer for Rohit and Deepak was assigned to Surbhi and their stages were named as Rohit Sangeet Sabha and Surbhi Sangeet Sabha. There were two golden chairs kept in front of each stage. With every buzzer, each contestant had to rush towards the stage and declare the person they supported for captaincy. They also had to state the reason why they were supporting them over the other. Later, the singer from the team who got a vote had to sing a song for the contestant. Karanvir was the sanchalak of this task.

Surbhi and Rohit’s task was to convince as many contestants to support them. They took this opportunity to go to everyone and apologize for their behaviour so they could win their support. The housemates were also in a dilemma as they thought they had to choose between the lesser arrogant contestant amongst the two as both have behaved in an extremely vengeful manner in the past weeks.