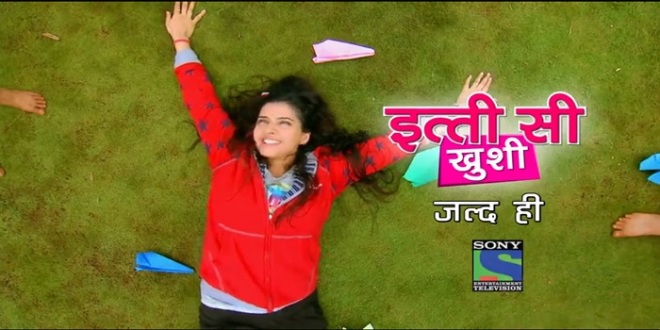 The show, Itti Si Khushi will be based upon some small happy moments of life, which we ignore often. The Story of Itti Si Khushi serial is about a young girl who unfortunately met with an accident in her childhood and gone into coma.

After a long period of 12 years she gets recovery from that accident and after this many interesting happenings goes through the life of this girl. Talented serial actress Smriti Kalra has been selected to essay female lead in Itti Si Khushi.

This Young girl falls in love with a boy in her neighborhood before she met the accident, but after recovery her heart broke down, when she came to know that the guy is getting engaged to her younger sister. The serial will feature some happy and tragic moments of life with several turns and twists.

Smriti Kalra has been roped in Itti Si Khushi, she will be essaying the lead female character in this Sony tv serial. . Talanted Tv actrss Smriti Kalra started her career on small screen with 12/24 Karol Bagh serial.

Opposite Smriti, the male lead role will be played by handsome Anuj Sachdeva. If you remember, Anuj started his career on Idiot Box with famous reality show, MTV Rodies. Later he appeared in some daily soaps like Chhanchhan, Phir Subah Hogi and Sabki Laadli Bebo.

Qubool Hai fame actress Vidya Sinha also bagged a role in Itti Si Khushi serial on Sony Tv. She will be playing the role of Smriti’s mother in this show. Vidya Sinha is a famous Bollywood actress, who appeared in Hindi movies like Inkaar, Rajnigandha, Kirayedaar and Bodyguard.

The role of Smriti’s father will be essayed by Paritosh Sand. He has also worked in some Bollywood movies like Bandit Queen and Monsoon Wedding.

Timing slot and schedule of Itti Si Khushi haven’t been declared so far, as this serial is still on floor. We will update this section soon, as some reliable information comes out. Be with us for more news and updates of Itti Si Khushi serial and other happening around the small screen.