OMG! Shivani to have a ‘death-defying’ FALL from mid-air in ‘Ghulaam’..! 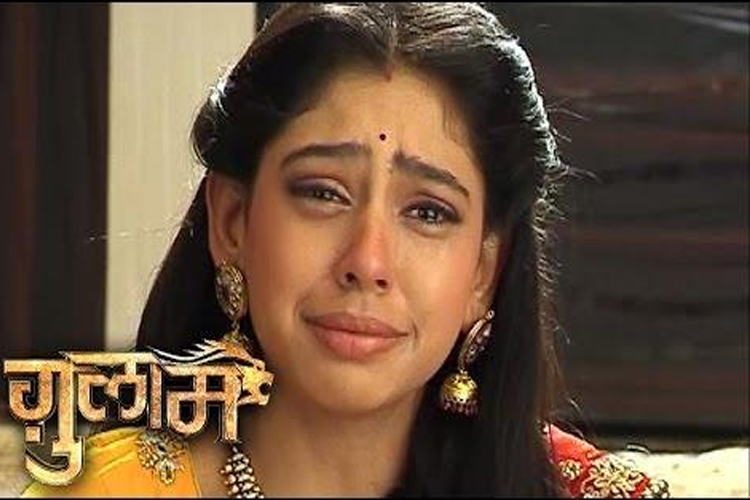 Has the ‘difference’ between Veer and Rangeela already begun..??

While Shivani is still perplexed and hurt by the fact that Rangeela (Param Singh) betrayed her to enter this cruel city and this cruel life; Veer (Vikas Manaktala) continues coming up with different tactics to torture Shivani.

In the upcoming episodes, things will get really interesting as Shivani’s uncle will be pitted against the macho Veer in a wrestling competition.

And while this fight itself will have extreme drama and action, their parallel scenes will add even more drama.

Shivani will be tied up in a knot of rope and will be suspended in mid-air, where she will have to witness the fight from that position. While witnessing the fight, it’s a given that she will be petrified with the idea of falling from that height.

And just when you think it will be a death-defying one, Rangeela will witness this and rush to catch her in arms.

And as expected, this ‘gesture’ will not go down too well with Veer as he will pay the brunt for saving Shivani and will get ‘slapped’ by Veer.

However, this will lead to a bond between Shivani and Rangeela.