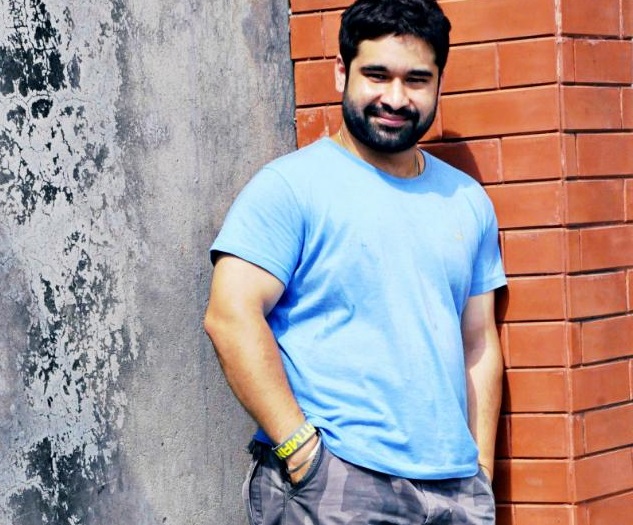 The actor who juggles Bollywood with TV was also seen in PINK.

Raashul Tandon has taken quite the leap from TV to Bollywood. He’s all set to star in Poster Boys and we got into a chat with him to catch up on his journey. He seems to have switched a lot between film and TV and has one hell of a take on the two mediums.

Here’s what he told us-

Q: Tell us about your expansive experience and the shows you’ve been a part of on TV.
A: I started my career in 2009 with a YRF TV show Seven which was on air on Sony TV from 2010. It was 25 episode series.
And post that I have done few shows like-
Hamari Saas Leela in 2011 with Neela telefilms for Colours
Pavitra Rishta in 2012 with Balaji tele films for Zee TV
Baal Veer from 2014 with optimystix production for Sony SAB TV Meri sasu maa with Swastik productions for Zee TV.

Q: How did you bag an opportunity in Bollywood?
A: It’s all thanks to my production houses (Swastik productions and Optimystix productions) who helped me and supported me for working outside out of the busy schedule. They not only allowed me but help me out of the way to work easily & peacefully! I completely believe in auditions so whenever I used to get time I used to give auditions. And there I am.

Q: Now that you are showcasing your talent on the 70mm, what is your take on doing TV shows?
A: I believe TV has a wider approach so my love for TV is never ending. I am looking for some grey and negative shades post PINK, to play on TV to give my audience a new change!!!

Q: What difference do you find between the two mediums?
A: Art is art. The medium may change but it remains the same. Yes in television, due to telecast time limit we have to be a little quick, but I suppose that matures us as actors to perform in one take or max two!

Q: Please tell us something about your role in Poster Boys. What’s your character like?
A: I am trying one of the key role in poster boys. This is for the first time I am playing reporter, Aniket, a corrupt reporter to be precise! And his journey along with these three (Sunny Deol, Bobby Deol, and Shreyas Talpade), how his vision changes and how he helps them in the story.

Q: What is Poster Boys all about?
A: The world turns upside down for three men, Vinay Sharma (Bobby Deol), Arjun Singh (Shreyas Talpade) and Jaagavar Chaudhary (Sunny Deol), when they find their pictures on a poster promoting ‘nasbandi’ vasectomy. And then, starts their journey of getting humiliated by their families and society; rebelling against the system which landed them in this confusing mess in the first place.

Q: Looks like you have got an opportunity to portray diverse roles as your role in Pink was fairly different and unconventional! Please elaborate.
A: Yes thank God, I have been able to tap into a few shades, and would love to play grey or negative for a change. It’s my dream as an actor to give my audience a large amount of variety in terms of playing different moods. I want to tap on all the 9 moods or

Q: How do you see your career progressing in Bollywood?
A: My parents have always taught me to be positive. So, I am looking at a future full of working on different moods. I will try to be working on projects where people will find it intriguing.

Q: With the digital era blooming, what is your take on that?
A: I’m lucky that in my period, digital era is blooming! It adds one more platform to showcase your talent which is better than the best. I have been working on few viral ads which was fun and off lately, I have worked on an Amazon Prime web series.

Quite an interesting take, isn’t it?