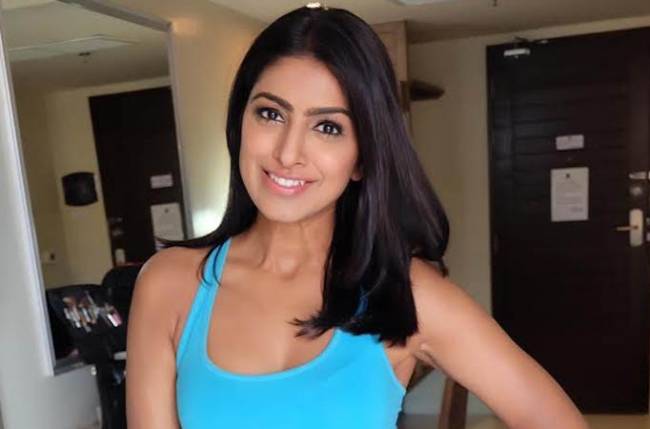 Basking on the glory of films, television and theatre; actor Swati Rajput desires to mark her excellence in Bollywood

Vivacious & Emerging Actress Swati Rajput will soon be seen in Kushal Srivastava’s directorial film “Vodka Diaries”- A thriller set in contemporary Manali. The story revolves around a club called Vodka Diaries, where few murders have happened and ACP is investigating them. She will be seen sharing the screen space alongside Kay Kay Menon who will play the role of the ACP , Raima Sen & Mandira Bedi.

But behind all the gloss and glam, remains a person realistic and grounded Delhi girl Swati Rajput. Insisting that her foray into the world of performing arts was not a flash-in-the-pan decision, Swati says that it’s her passion & love for the craft of acting which is the prime factor that attracts her to be a part of Bollywood “I want to have a very strong voice of my own in the entertainment business. This means if Swati Rajput does a film, it has to be worth watching. I want people to say: “there goes the girl with no godfather who established herself as one of the leading voices in today’s world of film and fashion, it is her wit and charisma that got her there”. I have faith that one day people will say this about me. I believe in myself more than anyone else does. My hard work (and smart work) and my lucky charm will put me out there, I will peak, I am sure of it”

Holding a penchant for acting, Swati Rajput started her journey at a tender age with a vision to entertain people with her acting abilities. Calling Sridevi & Smita Patil her inspiration, Swati defines them a perfect blend of grace, beauty, warmth, love and humility “Both Sridevi and Smita Patil are quintessential beauty with brains and a golden heart. They are an inspiration to every girl out there who dream of conquering the world, who dream of standing up on their own feet, who dares to see themselves up there on the world stage, who dares to concoct a dream canvas larger than life itself. They taught us the essence of womanhood. They are glamourous. They are stunning”

“I want to strike a perfect balance between commercial and parallel cinema. I believe in quality over quantity. I don’t hold any qualms in being a glam doll but it should be relevant and not just to add the extra pinch of required glamour to a scene or a movie. As much as I have the hunger to do meaningful cinema I equally pose the thirst to essay a glamourous roll which is relevant. Acting is my passion. I want to do roles which give me job satisfaction that by the end of the day I feel satisfied that I have portrayed substantial roles” adds Swati Rajput.