‘TV ke Uss Paar’ to get ITS own Icchadhari Nagin 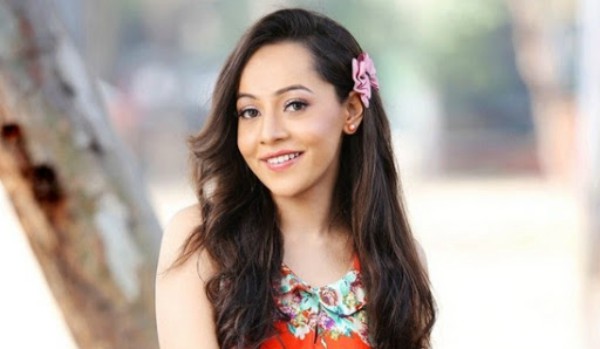 Look who’s next in line for a transformation

Television viewers are obsessed with humans transforming into animals and insects. Zindagi’s comic parody ‘TV Ke Uss Paar’, that airs every Monday to Saturday at 6: 30 PM, will soon be seen taking a satirical take on this current fad. The show that portrays our society’s obsession with daily soaps will introduce its own Icchadhari Nagin. The charming Nriti Vaid will play the role of Ananya, the dramatic Icchadhari Nagin.

In the current track, Madhu is determined to get Vivek married and Ananya will be introduced as the girl next door from the reel world. Charmed with her beautiful smile, Vivek gets infatuated by her in their first meeting when she helps him get out of the TV world. Vivek appreciates Ananya so much in front of Madhu that she thinks that Ananya might be an ideal match for him. The TV obsessed Madhu always wanted Vivek to get married to someone from the reel world and decides to get both married.

However, when Ananya turns 25, she learns that she is an Icchadhari Nagin whose newly discovered power changes her attitude, making her character gradually turn grey. Ananya gets more aggressive and pesters Madhu to get her married with Vivek.

The young and talented Nriti Vaid has been a part of the television industry for a couple of years and has acted in different genres of shows. She was last seen playing the parallel lead in Sony Pal’s show Piya Basanti Re. She has also acted in Bawaree and has been a part of the recurring cast in crime shows like Savdhaan India, Halla Bol and Gumrah: End of Innocence.

Will Madhu and Vivek come to know the truth about Ananya? Will they be able to get rid of her? Stay tuned for further updates.