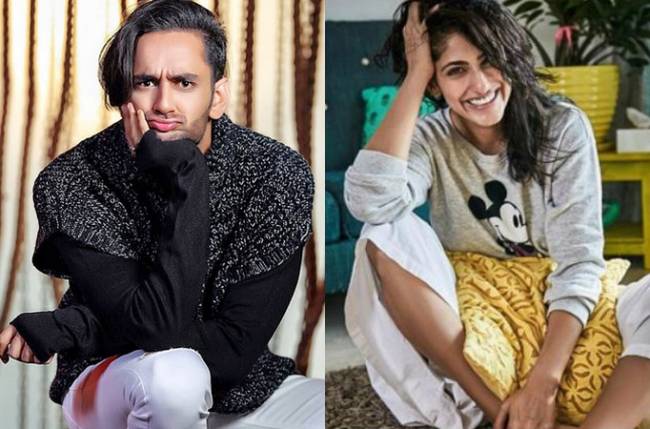 MUMBAI: The ban of TikTok in India has led to a war of words between two celebrities, Vikas Gupta and Kubbra Sait.

Producer-host Vikas Gupta and Sacred Games actress Kubbra Sait’s opinions on the ban are completely different, and owing to this, an argument on social media has started between the two.

Via a tweet, Kubbra applauded the ban of TikTok in India. Her words did not go down well with Vikas.

Kubbra tweeted, “I can’t begin to express my joy to hearing about TikTok being banned in India. The state of derangement was exceedingly painful. I haven’t been happier about a ban.”

The actress again took to social media and wrote hinting towards Vikas, “Arrey! Whoever would’ve imagined so much grave sensitivity & hurt & offence taken & dissatisfaction, towards a silly ass app, that made people waste their time & mislead many to end their lives… Yes! stupidly. I don’t like TikTok, I never have & Yes! I’m happy it got banned.”

For the uninitiated, Vikas started the thread by writing, “State of derangement is extremely painful for the people who have to live in the environment of the mentally ill. With all due respect some of the people making these Tik Toks or musically are as talented an artist as you are if not more. Coming from an artist of your calibre it’s Very disappointing.” Then he continued writing, “Content made on any platform can be good and bad. Be it Television, Films, Web series or theatre for that matter or Tik Tok. Some of the amazing work done by Individuals on Tik Tok can be at par with the so called good work on either of the platforms & about the state of derangement, in the search column of #Tiktok type Family and you might find some 2 billion videos including parents kids acting together to 80 years olds dancing to just plain funny videos. Yes there are bad content also but that’s on tv films and web as well.”

He further wrote, “& finally coming to the artists working day in and out to create multiple 15 seconder content is one of the toughest things to do. @jannat_zubair29 @HeyAhsaasChanna #AvneetKaur #Faisalshiekh #Ashikabhatia #siddharthNigam list is huge and all of them put their heart and head with dedication and commitment to what they create and finally @Asli_Jacqueline @shahidkapoor @ShraddhaKapoor @SunnyLeone @kritisanon @Thearjunbijlani @anitahasnandani and myself r just some of the names who also add to this list of Along with your costars of #GullyBoy who used Tiktok.”

Take a look at the tweets of Vikas: