When the ‘Yeh Rishta Kya Kehlata Hai’ actors were FORCED to rehearse thrice! 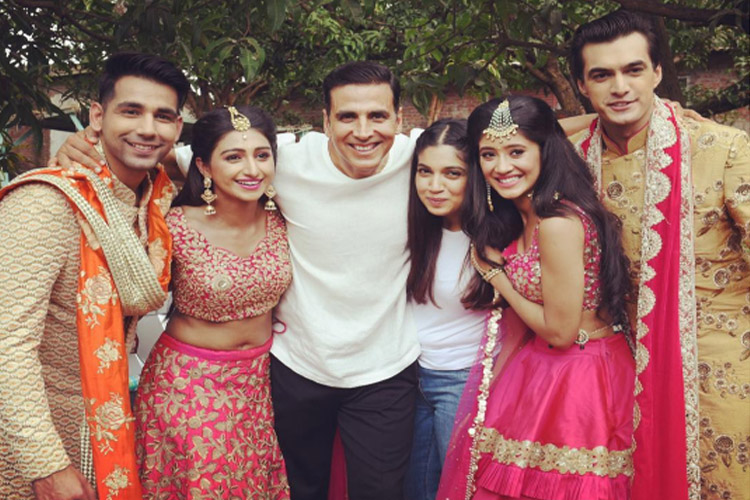 It happened for the better…

The cast of Yeh Rishta Kya Kehlata Hai was in for a pleasant surprise recently as they were graced by superstars, Akshay Kumar and Bhumi Pednekar on the show to promote their upcoming film, Toilet – Ek Prem Katha.

The actors of the show were in for a shock as Akshay was ‘Being Akshay’.

According to leading news daily, as soon as Akshay Kumar entered the sets, he asked the cast to rehearse the entire scene thrice.

Even though the cast happily did so, they were perplexed as to why were they made to rehearse so much? The logic behind it was that Akshay wanted them to deliver the scene with perfection so that what would take two hours to shoot would be wrapped in 45 minutes (in one take).

The sequence will revolve around the wedding gala of Naksh (Rishi Dev) and Kirti (Mohena Singh) where the relatives will be travelling for the wedding rituals and will stop on the highway as the females will want to use the restroom. The locals there will ask them to visit the plantation area for the washroom. This is when Akshay and Bhumi will arrive on a bike and will guide them, thus presenting the theme of the show.