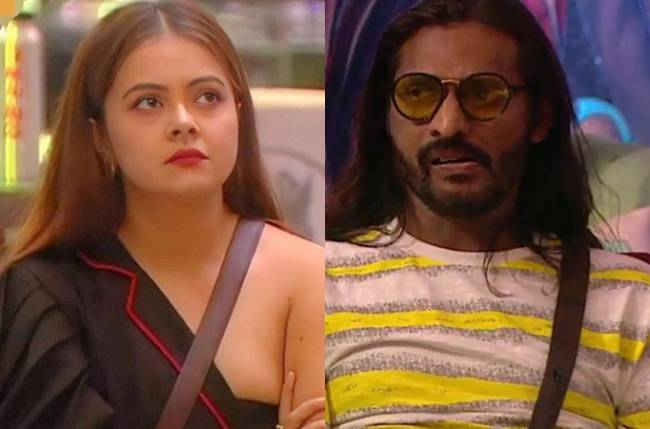 MUMBAI: ‘Bigg Boss 15’ contestants Abhijit Bichukale and Devoleena Bhattacharjee again got into a fight during the Ticket To Finale task given by Surbhi Chandna.

Devoleena calls Abhijit “filthy” and spits on him. She later goes and locks herself inside the washroom.

Surbhi entered the house as a challenger with Vishal Singh, Munmun Dutta and Akanksha Puri.

Promo of upcoming episode shows Abhijit using some cuss words for Pratik Sehajpal. Devoleena goes to Abhijit and asks him: “task ke bahane kya gandagi faila raha tha” (what filth are you spreading on the pretext of the task?).

Abhijit replies to Devoleena: “Mujhe tujhse baat nahi karni” (I don’t want to talk to you). Devoleena says: “Ek number ka gandagi hai tu” (you are filthy). She adds: “One must spit on you.” Later, she spits on him.

The argument between them crosses all limits and both go physical. Other housemates intervene to stop them from fighting. Abhijit calls her ‘bandariya’ and she replies: “Tu bandar hai” (you are a monkey). Devoleena even uses some bad words for his parents and he stops her from doing so.

Rashami Desai asks Devoleena: “Why do you go to him and all this happens?” Pratik Sahajpal also tells Devoleena: “Are you stupid?” She gets infuriated and locks herself inside the washroom.

Meanwhile, as per sources, Karan Kundrra and Umar Riaz have won Ticket To Finale.