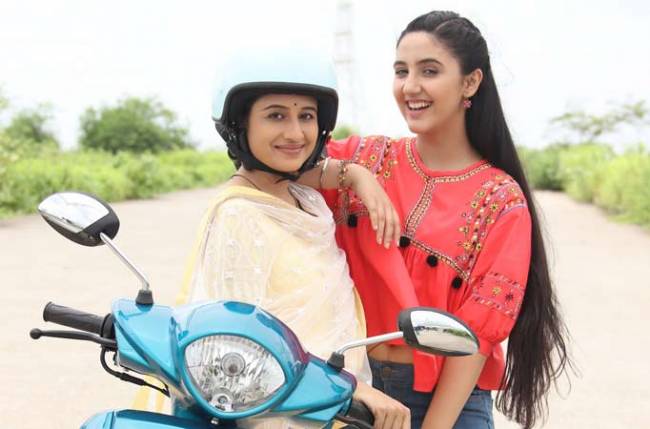 One of the most awaited shows with a unique relationship is going on air on 27th November, 9pm only on Sony Entertainment Television.

The show is about a mother and her teenage daughter. The show encapsulates a bond wherein the daughter gives wings to her mother and helps her look at life in another light. They live in Punjab. It is a show where both the characters are independent yet dependent on each other. Yet, they blend together, take each situation as it comes and come out of their comfort zone only to rise above, and shine. It is an endearing story that showcases the mother-daughter relationship in the digital world today

Life doesn’t come with an instruction manual, it comes with a mother. A mother is always seen as a role model, a support system and friend. But in his show, it works the other way around? A mother finds inspiration in her daughter and turns to her for life lessons. The show brings forth one such mother-daughter duo, Babita aka Babes and Mini. It is a heartwarming journey where the daughter not only gives wings to her mother but helps her take the leap of faith.

Paridhi Sharma took a break for a couple of years after the birth of her first child. She has been a versatile actress and viewers favorite for her last project. A young mother in real life, it will be interesting to watch her playing the role of a teenaged daughter on screen.

To give a real and fresh feel of the story the cast shot in Patiala as the show is based out of there. The team had two weeks of shoot in Patiala. Few of the actors were visiting Patiala for the first time and it will be a treat to watch the

In the show, the daughter encourages her mother to achieve her dreams and follow her heart with courage. To keep the show interesting for the viewers, the hashtag #maayoucandoit has been initiated where real-life mother daughter duos are encouraged to come forward and help each other to achieve something they never could have. This initiative will also help the viewers and the real mothers and daughters to share their inspiring stories.