Guess WHO taught Hrithik Roshan all of his mean moves! 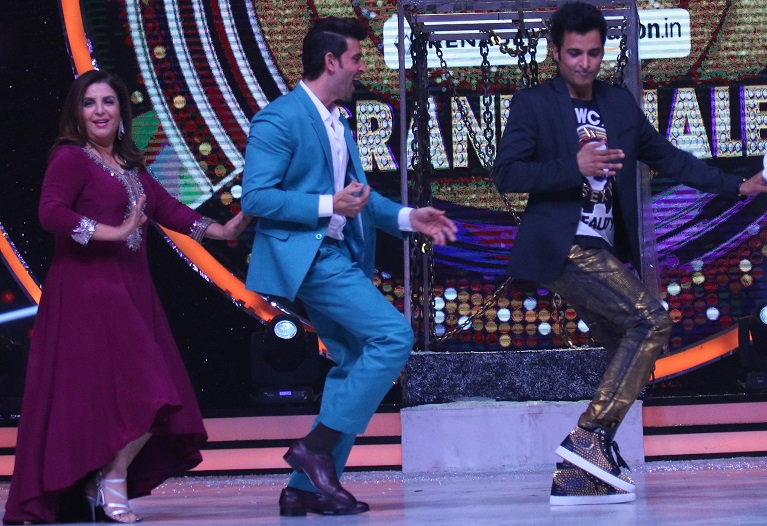 The superstar reveals who his dance teachers were.

Hrithik Roshan has been touted as of one of the best dancers to ever set foot on the Indian Silver screen, but little does anyone know that the ‘Kaabil’ star credits not one but two individuals for honing these dancing skills.

It is none other than dancing queen Farah Khan and cool guru Ganesh Hegde to whom Hrithik owes his dancing skills.

Hrithik got a chance to show his appreciation for the duo on the finale episode of Jhalak Dikhhla Jaa…Hot Hai.

While Hrithik shared fond memories of having Farah as his first choreographer for his first song ‘Pyaar Ki Kashti Mein’, he attributed Ganesh for taking his dancing skills to the next level when both worked together in ‘Koi Mil Gaya’.

Adding to Hrithik’s story, Farah mentioned how ‘Duggu’ has grown as a performer and how she used to scold the superstar when he used to get his steps wrong.

The night further elated when Farah and Ganesh joined Hrithik on stage and the trio danced to hit numbers like ‘Its Magic’ and ‘Ek Pal Ka Jeena’.