People like to see damsels in distress on-screen – Shivani Tomar 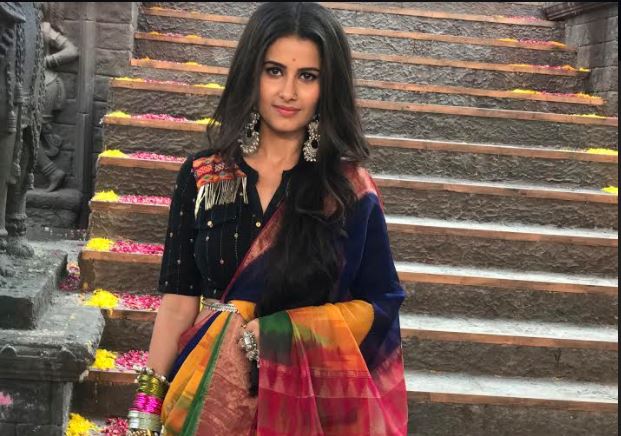 Actress Shivani Tomar, who plays the female lead in Iss Pyaar Ko Kya Naam Doon says a majority of the Indian audience wants to see women who are a little dominated by men.

Actress Shivani Tomar, who plays the lead role in upcoming television show Iss Pyaar Ko Kya Naam Doon, feels that a majority of Indian audience wants to see women who are a little dominated by men.
When asked about the stereotypical representation of women on Indian television, Shivani said, “I think people like to see a ‘bechari ladki’ (damsel in distress) on the screen. That is why we get to see either superwomen, who are highly successful in their professional and family life, or women who counting on gaining sympathy from everyone because of their emotional struggle.”
But does Shivani relate to either of the two stereotypes that she has mentioned? To this, the actress replied, “Well, I do not relate (as an audience) to either.”
According to the actress, her role as Chandni in Iss Pyaar Ko Kya Naam Doon, is a good balance of both, as the character has a strong personality and is highly educated, but does not scream out to prove her ability in every step of life.
“Chandni is well versed in Sanskrit, knows all the rituals and is heavily influenced by the Holy Gita. As an individual, she has a strong personality, though she is a so-called ‘sanskari’ girl. At the same time, she has a journey where she struggles at times. So you see, there is a balance of both. That is why I found the character very interesting to play,” Shivani said.
Interestingly, playing this character has given her space to grow as an individual as well.
She said, “My Hindi and English is good, but not Sanskrit. So I had to learn Sanskrit to understand various shlokas of the Bhagvad Gita well. And that is giving me a better insight of our Hindu religion. I wouldn’t have gotten into the details of that, if not for my character, but this is all good.”
Shivani shifted base to Mumbai from Delhi five years ago. Her struggle included was replaced in two television shows namely Kasam Tere Pyaar Ki and Tu Mera Hero and with one show Satya Ki Kiran opposite Barun Sobti, which was earlier titled Mohra.
“Well, I had two options – either pack my bag and go back to Delhi or face the struggle. I chose the latter because my parents supported me all through. They never taught me to run away from any situation, the struggle is a part of our journey. So I feel blessed today,” signs off Shivani.