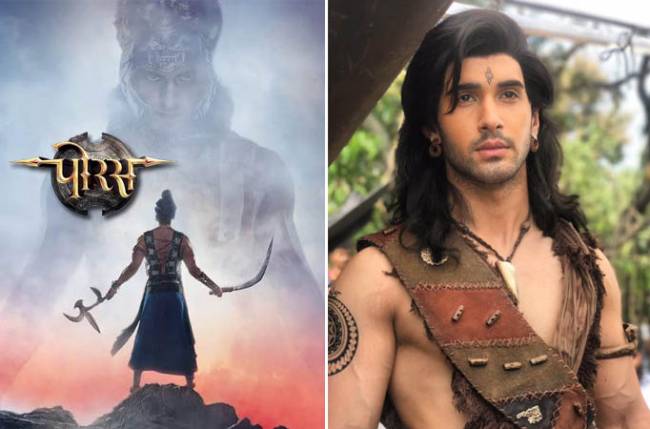 Historical drama show “Porus”, which aims to depict the story of Greek conqueror Alexander and Indian defender Porus, will make detractors of television content sit up and take notice of the new benchmarks it will set, says the show’s lead actor Laksh Lalwani.
Set in 350 BC, “Porus” is being shot at a lavish set in Umbergaon, Gujarat.
A dekko at its characters gives a sense of the attention to detail that has gone into the costumes, jewellery, body language and the aura of the Swastik Productions’ show, to be aired on Sony Entertainment Television starting November 27.
“The first words that come to my mind about taking up this show is thankful and grateful. I wasn’t able to convince myself that would I be able to pull it off,” Laksh told IANS.
For his role as Porus, the 21-year-old tall, fair and handsome actor has beefed up and has acquired special skills to carry out the action sequences.
“My training started in April. I learnt sword fighting, horse riding, martial arts, rowing, scuba diving, and everything adventurous was into play… I was living the life I wanted to, and getting paid for it.
“I gained weight and muscle… Otherwise, I was a lean person,” said Laksh as he flexed his biceps.
He is convinced that the show — said to be the most expensive that Indian television has seen — will be a trendsetter.
“This will be a show which will break the norms. Honestly, people look down upon television. When this show will come, it will change it all and will become a benchmark in all aspects… The action, costume, acting, direction.”
The role requires him to dedicate 12 hours a day to shoot, and two hours of workout — leaving little time for his personal life. But Laksh is not complaining.
“My present is Porus and my only aim is to make it larger than life. That’s what I am focussing on,” said the actor, who sports heavy costumes and accessories in the show.
Before getting a chance to feature in “Porus”, Laksh had an interesting story about how he landed in showbiz.
He auditioned for “MTV Roadies” on his friend and mother’s insistence and got chosen.
“My mother said, ‘You must go, I have a dream to see you on television’. That’s how it began. I went there, I got selected. Then one fine morning, I got a call saying that what if instead of ‘Roadies’, we offer you a fiction show and pay you as well? I said why not.
“That’s how I packed my bags and came to Mumbai. Then started off the journey, and here I am,” recounted the Delhi boy, who says he has become a “Mumbai guy” now.
Apart from “MTV Warrior High”, Laksh has also featured in “Adhuri Kahaani Hamari”, “Pyaar Tune Kya Kiya” and “Pardes Mein Hai Meraa Dil”.