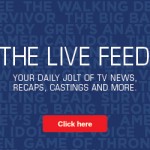 In Maharana Pratap, Pratap chooses the dress and jewellery for the wedding preparations. Uday Singh understands that Jaivanti Bai and Pratap are all about Ajabdeh. Uday Singh tells Jaivanti Bai that she has chosen Politics over her dharma and gets upset with her. He tells them that Ajabdeh is the right life partner for Pratap. Pratap gets emotional. Dheer Bai tells him not to flow away in emotions. Uday Singh tells Dheer Bai that Pratap doesn’t need an army to save him once he marries Ajabdeh. He tells Dheer Bai that Ajabdeh not only prays for his long life, but also for his security.

Uday Singh tells Dheer Bai and Jaivanti Bai that he will go to Bijolia to ask for Ajabdeh’s hand from Rao Mamrath. He asks them to prepare for the wedding. Pratap gets shy. Pratap meets his mother who asks him to gift something to Ajabdeh which will reflect his emotions. Pratap gets happy. Uma Devi gets Dheer Bai’s letter and get shocked. Phool recalls her moments with Pratap and gets teary eyed. Uma Devi promises to take revenge from them.

Udai Singh and his family reach Bijolia and get grand welcome by Mamrath Ji and Hansa Bai. Pratap recalls his moments with Ajabdeh. Pratap thinks to give the gift to Ajabdeh. Uday Singh and Jaivanti Bai get shocked knowing Marwar’s samant asked Ajabdeh’s hand for his son. They see Uma devi there. Uma Devi tells Mamrath ji that Marwar’s son Toranmal proposal is good for Ajabdeh. Jaivanti Bai lies about the purpose of their visit. They have to stay for the rituals unwillingly. Jaivanti Bai thinks to keep the shagun in their carts only as no one should know about it.

Pratap gets mesmerised by Ajabdeh as she wears the jewellery. Pratap comes to her holding a flower and compliments her beauty. Pratap proposes her romantically. Ajabdeh recalls Phool allegations that she snatched Pratap from her. He tells her that his father has agreed for their alliance. She cries with her back towards him. She tells him that her marriage has been fixed with Toranmal. Pratap gets heartbroken. She asks him to give the flower to his life partner and not her.

Uma Devi asks Toranmal to see Ajabdeh’s reflection in the big pot kept infront of him. Pratap confronts her decision and determines to marry her. Uma Devi informs Ajabdeh about Toranmal’s wish. Ajabdeh is about to reach the window where Toranmal is waiting to see her reflection in pot. Pratap throws a pebble in the pot which blurs her image, stopping Toranmal to see her reflection. Toranmal couldn’t see Ajabdeh but agrees to marry her. Chakrapani is about to confront Toranmal but Pratap stops him. Their engagement date is fixed. Mamrath, Hansa Bai get happy.

Ajabdeh recalls Pratap proposing her and gets sad. Uma Devi comes and asks her to accept Toranmal’s alliance and move on forgetting the past.

Pratap is sure that Ajabdeh will refuse to marry Toranmal. He tries to convince her to reject Toranmal but Ajabdeh is adamant. Uday Singh decides to leave soon with Jaivanti Bai and Pratap and thinks to donate the shagun to the temple. Chakrapani tries to scare Toranmal. Pratap asks him not to as it is against the code of conduct. Ajabdeh cooks Pratap’s favourite dishes thinking to make it for Toranmal. Hansi Bai makes her realize.

Surajmal talks to Uma Devi about his son Toranmal has come to know something about Pratap and Ajabdeh’s love. Uma Devi gives him gold coins and assures that the marriage will happen. Pratap tries to find out about Toranmal’s background and something can be prove out to beneficial for them. Hansa Bai gets sad knowing Jaivanti Bai is leaving. She comes to know about their purpose of visit as she sees the shagun and tells Ajabdeh. Pratap confirms to Hansa Bai that they have come there with the shagun. Hansa Bai blesses Pratap.

Uday Singh gets ready to leave. Veer Bai asks Uday Singh to talk to Mamrath ji about Ajabdeh and Pratap’s alliance as she can’t see Pratap sad. He agrees. Hansa Bai tells Jaivanti Bai that she has brought so much for Ajabdeh. Jaivanti Bai is shocked. Jaivanti Bai confesses to have come there for the alliance. Hansa Bai gets happy and tells her that Ajabdeh’s engagement hasn’t happened yet. She asks her to help her. Akbar tries to enslave Tirathmal but fails. Tirathmal mocks Akbar and says your empire is built on lies. He laughs. Bairam Khan gets angry and throws dagger at him. Tirathmal dies. Akbar asks his soldiers to make preparations to go to Agra for Bairam Khan’s judgement.
Uday Singh comes to Mamrath ji and tells him that he had actually come to Bijolia for Pratap’s alliance for Ajabdeh. He praises Ajabdeh. Mamrath Ji refuses the proposal as he has promised Surajmalji. He says, engagement date is finalised and he can’t do anything now. He apologizes to him. Chakrapani gets some info about Toranmal which can stop his engagement with Ajabdeh.

Surajmal’s wife is about to keep the shagun in Ajabdeh’s lap, just then Pratap comes and asks her to stop. He declares that Toranmal is already married. He tells that he has a proofs and tells Chakrapani meeting Toranmal’s wife. Ajabdeh says she doesn’t mind to marry Toranmal. Dheer Bai supports Ajabdeh. Ajabdeh asks Toranmal’s mother to do the rituals. Toranmal’s mother gets happy and praises her.
Pratap tries to dissuade Ajabdeh from marrying Toranmal, but she is adamant. Hansa Bai prays to God that Pratap does something soon. Pratap comes to know that Udai Singh and Jaivanti Bai are leaving for Chittor. Uma Devi and Dheer Bai remind Ajabdeh that her Mamrath ji has given a word to Surajmal and ask her to fulfill the promise. Mamrath comvinces Uday Singh and Jaivanti Bai to stay back for the engagement. Ajabdeh dreams that Pratap has kidnapped her and screams for help. She realizes that they are not made for each other and decides to lock herself in her room until her engagement happens.

Jaivanti Bai and Hansa Bai get shocked and wonder how Pratap will take her out. Pratap asks Ajabdeh to open the door. She refuses. Everyone try to convince her to come out. Pratap asks her won’t you come out for your kanha’s puja. Akbar punishes Bairam Khan in Agra. Ajabdeh prepares the puja thali in the evening and opens the door. Pratap smiles looking at her. How Pratap will stop the engagement? Keep reading.

Arzoo gets shocked to know that Sahir is Alvira’s son in law and Zeenat’s husband in Sony’s Humsafars.