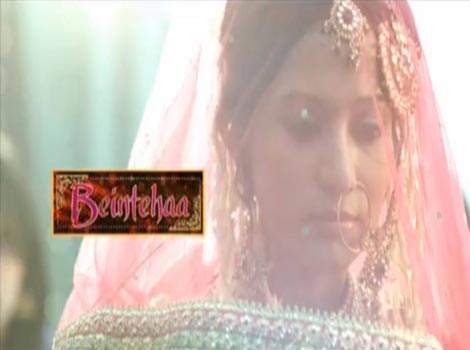 Starts of with the 2 Sufi Muslim families. The first is Shabanas family which consists of Aaliya, Ayat and her husband.They live in Bhopal and are very cultured and practicing. The second family is Usmaan’s (he is Shabanas older brother) family which includes his wife Suraiya and there children farhad and zain. Farhad has 2 wives Nafisa and Shazia. They live a luxury life in Mumbai.

Aaliya’s marriage has been fixed with Zeeshan a guy form Saudi Arabia, but she hasnt seen him yet. Shabana tells usman since zain is back from London and you are not able to attend Aaliyas engagement just send him instead. Zain comes to Bhopal and Aaliya thinks he is Zeeshan. Zain finds out that she thinks his Zeeshan so he plays along as they like teasing each other since childhood. Aaliya finds out that he is Zain and gets the police on him, he confesses that he is Zain.

It is Aaaliya’s engament and Zain wants revenge for the police incident so he has put rat posion instead of laxative in the sweets given by in laws which is only for the bride. Zeeshan is about to feed her the poisoned sweets and zain comes running and dropping the sweets. They all ask him why did he do that, he fakes to faint. The doctor comes and checks him, he is fine and only requires rest. After regaining conciousness, Shabana asks him why he had dropped the sweets. His friend comes to the rescue by replying that the shop from where they had bought the sweets were filled with rats and vermin. Shabana and her husband thank Zain and leave him to rest. Later in the evening Zain and his friends discuss how they had narrowly escaped from being caught while Aaliya heard there conversation and put some laxative in his juice and do drama that he had saved her life.