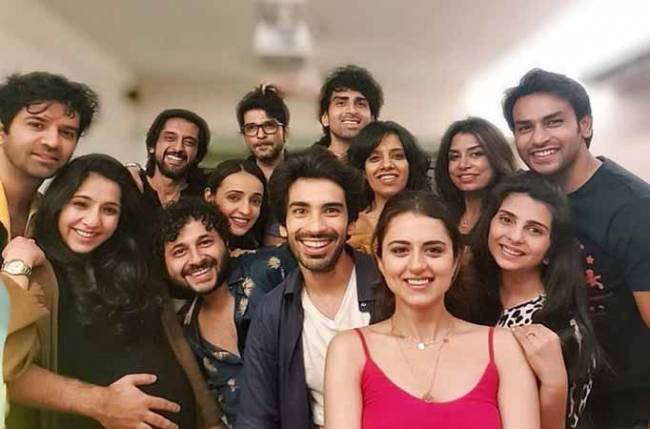 MUMBAI: The show Iss Pyaar Ko Kya Naam Doon, produced by Gul Khan, made a strong place in the hearts of audience. It starred Sanaya Irani and Barun Sobti in lead roles. Audience loved the narrative. Even though the show went off air but the audience still shower their love on it. And the cast of the show still share a great camaraderie, and whenever they meet, they treat their fans with their adorable pictures of reunion. Sanaya Irani, Barun Sobti, Mohit Sehgal, Ridhi Dogra among others met up on a rainy Mumbai night on Friday and had the best of time together.

To share their happiness with fans, Ridhi today took to social media and posted a couple of pictures from their night out. The team has been friends ever since their stint on the show and we absolutely love how they bond.

On the professional front, Sanaya is geared up for the release of her next film. Mohit too shot for a film recently and is awaiting the release of the same. Barun, on the other hand, is all set to embrace parenthood for the first time.