AMAZING: Karan Johar and Kajol get nostalgic, dance to ‘Bole Chudiyaan’ on the Big Picture! 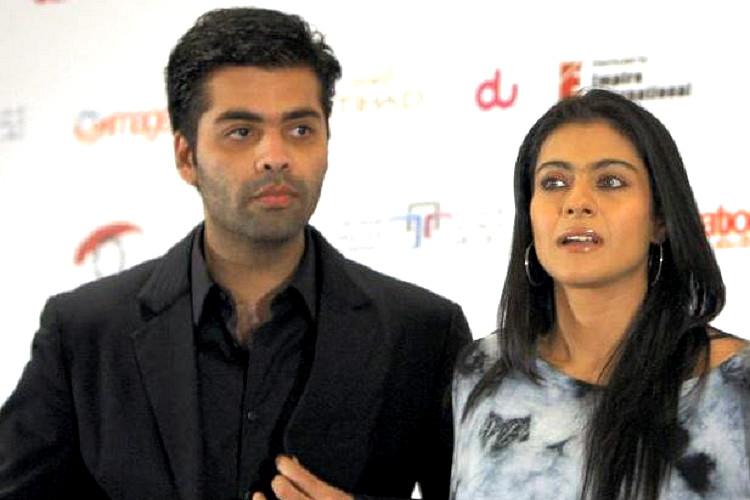 MUMBAI: The Big Picture, which is hosted by Bollywood actor Ranveer Singh will see the renowned names and BFF- Karan Johar and Kajol grace the stage.

Karan Johar shared the video of himself entering The Big Picture in his decorated cycle rickshaw, talking about fashion with host Ranveer Singh, dancing to ‘Bole Chudiyan’ from his iconic film, ‘Kabhi Khushi Kabhie Gham’ featuring Shah Rukh Khan, Kajol, Hrithik Roshan, Kareena Kapoor, Amitabh and Jaya Bachchan in lead roles. The film is nostalgic for many and Ranveer couldn’t control himself and asked Karan, Kajol to dance on ‘Bole Chudiyan.’ Karan Johar’s caption to this video assures a ball. It reads: “Keeping up with the K’s here – me & the lovely @kajol, who had an absolute blast with @ranveersingh at #TheBigPicture. Definitely a lot of nostalgia coming your way, watch out for the episode!” Watch the promo here:

Ranveer Singh commented on this post and wrote the lyrics from Karan Johar and Kajol’s film, ‘Kuch Kuch Hota Hai.’ He wrote, “Haye haye re haye yeh ladka ..!” Ranveer Singh and Karan Johar, both are known for their eclectic fashion and were seen discussing it in this behind-the-scenes video.

It’s known to everyone that Karan Johar and Kajol have remained BFFs for years. While there was a friction in between, all is well in their ‘friendverse’ now. It’s a fireball with these two in one frame, and to add to it, is the ever-energetic Ranveer Singh. The episode promises a blast for the audience.